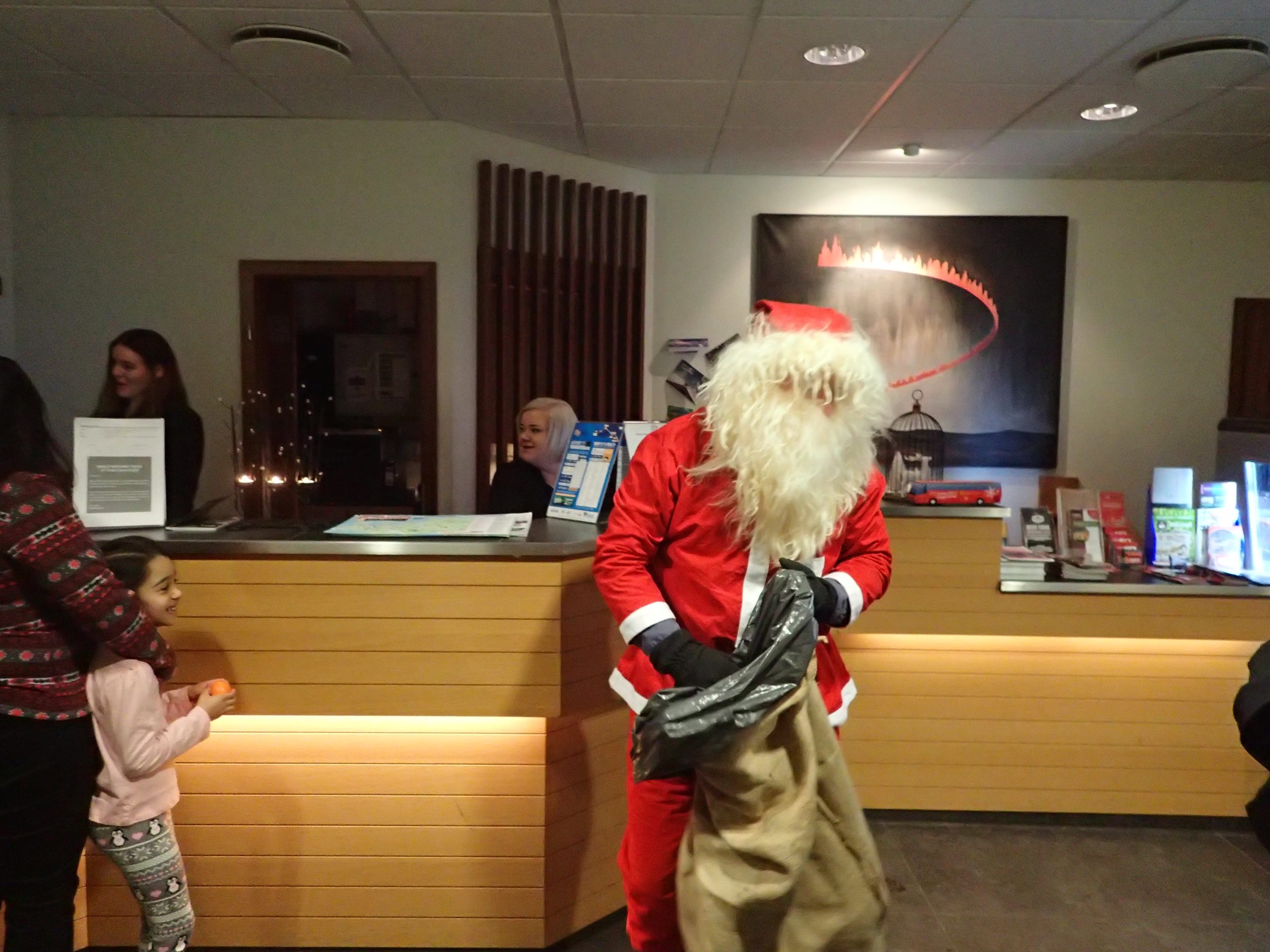 From December 23rd Icelanders get into a very festive mood, though Christmas has a very set-in-stone starting time in Iceland:

On the 24th, some younger ones might wake up extra early, as the excitement is hard to contain! The first thing they do is check their shoes, left on the window sill the night before, as the last of the 13 Santa Clauses, Kertasníkir (“Candle Beggar”) will have left them a gift, rather than stealing their candles. For the rest of the morning they have the welcome distraction of Christmas cartoons on TV.

During the day, families get ready for the evening festivities. Many will spend the day driving the last gifts to their loved ones and going to cemeteries to pay their respects. A tradition that is set in stone for many families is the so called “möndlugrautur” or almond rice pudding. The almond part is possibly a bit misleading, as the big pot of rice pudding will only have one almond. But, whoever gets the almond wins a prize, which is usually sweets, a book, a dvd, a board game or cards. Often people try to make it something that the whole family can enjoy, so it doesn’t always matter much who actually wins the prize.

The scheduled TV programs end in the afternoon and everyone starts getting ready. Steaks are being cooked, kids are being bathed, Christmas presents are put under the tree. The last hour before Christmas might be the longest hour in Iceland, at least for the kids! The food is almost ready, and a traditional Icelandic Christmas dinner table might include rock ptarmigan, back of a lamb or pork loin. For dessert, many have a homemade ice cream or a custard. After dinner, the wait is finally over, and the gifts that have been waiting patiently are opened at last. But before that can all happen, Christmas must officially start.

And so, at 6 pm on December 24th, after a few minutes of church bells ringing on the radio, a woman’s voice comes on and wishes everyone a Happy Christmas.

As do we, here at Gateway to Iceland. We wish you all happy holidays and happy New Year. We hope to see you all healthy in 2017!