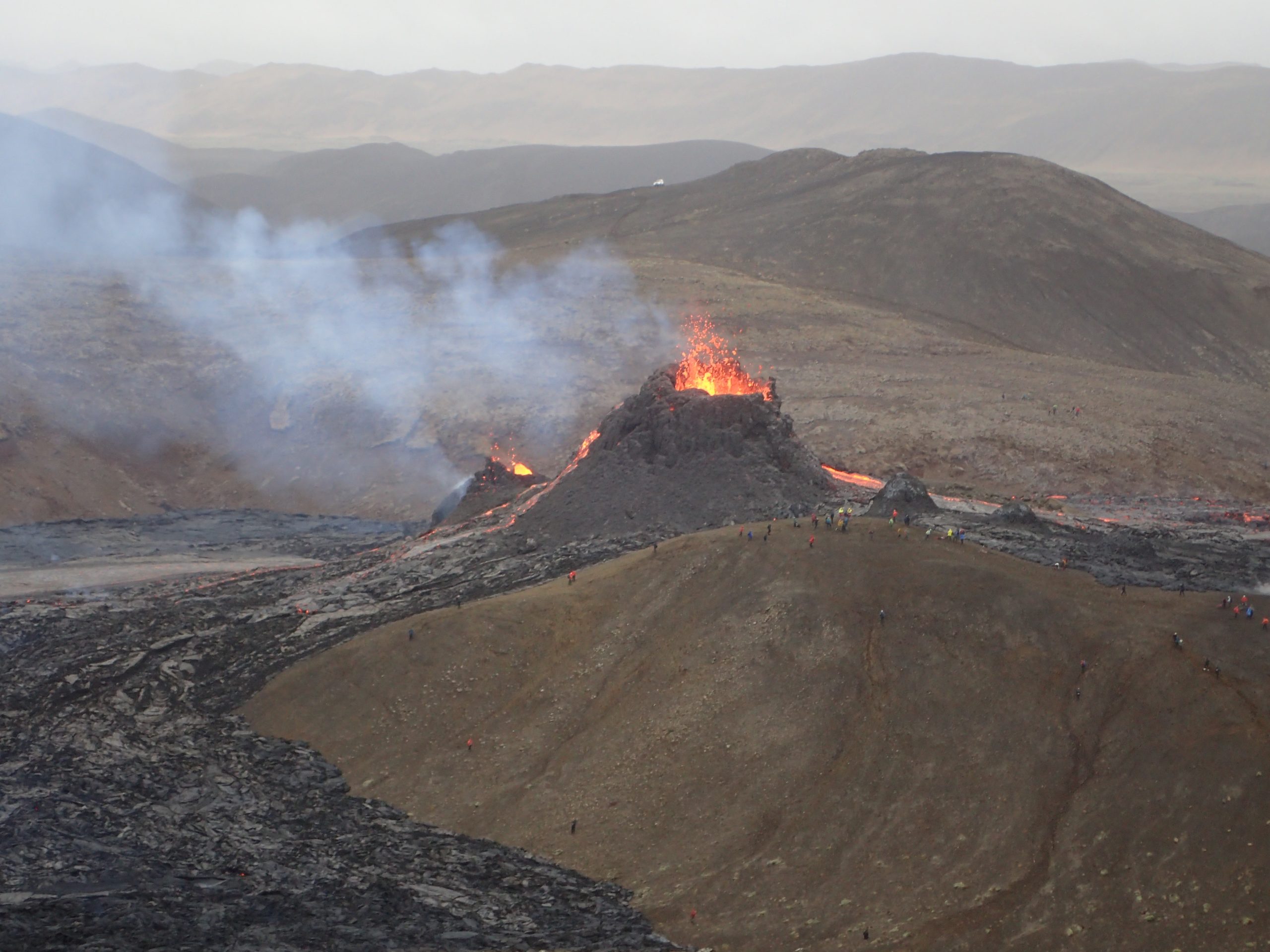 Iceland is located on the Mid-Atlantic ridge, this means that Iceland lies on two tectonic plates, namely the Eurasian and the North American plate. This continental drift can be seen in Thingvellir (“þingvellir”) which is part of our Hot Golden Circle tour and can be seen on the image below. These two tectonic plates move apart or against each other and when this happens, earthquakes, as well as reactivation of old volcanoes and creation of new ones, occur. Iceland hosts 130 volcanoes of which 30 are currently active. Since the middle ages, a third of all the lava that has covered the earth’s surface has erupted in Iceland and a volcano will erupt every 5-10 years.

Has Bárðarbunga and Holuhraun become more famous than Eyjafjallajökull?

The most recent eruption was at Holuhraun near the Bardabunga (“Bárðarbunga”) volcano which was erupting from August 2014 until March 2015. Yet the volcanic eruption of Eyjafjallajökull in 2010, was probably the most media covered eruption of all time because it caused a massive disruption in North-European air traffic. Around 20 countries were forced to close their airspace traffic which affected around 10 million travellers. This volcano can be seen on our South Coast and Glacier lagoon tour.

The Eyjafjallajökull eruption was not the only time an Icelandic eruption affected Europe. It is even said that an Icelandic eruption around 200 years ago may have triggered the French revolution. The volcano responsible is named Laki and erupted in 1783. A massive amount of outpour in gasses lead to catastrophic consequences. It is estimated that around a quarter of Iceland’s population died as well as 50% of livestock. The gasses emitted from this volcano resulted in a thick haze across Western Europe. Leading to extreme weather conditions, an increase in death rates and an increase in poverty all across Europe.  The effects can also be traced to North America and it is said that it even weakened African and Indian monsoon circulations.

Vestmannaeyjar aka The Westman Islands

Although volcanoes can have disastrous consequences there can sometimes be positive ones as well. A volcano created a new island in 1967 named Surtsey, located close to the Westmann Islands, where scientists have been able to observe how life on a new island develops. Surtsey is one of the islands that can be seen in the picture below of the Westmann islands (in the top right corner). When the sky is especially clear, you can see Surtsey from a distance on our South Coast Tour.

Volcanoes have always been an important and prevalent part of Icelandic history and volcanic activity can be traced to the old sagas and literary pieces. Clearly Iceland didn’t get its name the land of fire and ice for nothing.